Zahid Hussain is a Pakistani journalist and writer who extensively published with many international publications. Mr. Hussain has authored two books: Frontline Pakistan: The struggle with militant Islam (2007) and The scorpion’s Tail: The relentless rise of Islamic militants in Pakistan (2010). His takes on the subjects are non-partisan and unbiased. He tweets at @hidhussain

WHAT’S BEHIND THE ‘DEAL’?

Who fits the definition of ‘jet-black’ terrorist better than Ehsanullah Ehsan, the former spokesmen and a key commander of the Tehreek-i-Taliban Pakistan, and subsequently of the TTP splinter group Jamaatul Ahrar? These organizations have been responsible for the killing of thousands of Pakistanis. But the ambiguity surrounding the terms of his purported surrender has raised suspicions of him being declared ‘white.’

What has reinforced this apprehension was his calm demeanor during his video confessional statement. It was interesting to watch a cold-blooded terror mastermind informing TV audiences how he had found the right path. While he ripped apart his erstwhile comrades-in-arms for their ‘un-Islamic’ deeds and their connections with foreign agencies, there was not even a tinge of remorse regarding his  role.

Just months ago, he had proudly claimed responsibility for a terrorist attack that killed several people in Quetta. And who can forget the video in which he was shown, wearing his signature Chitrali cap with a submachine gun slung across his shoulders, justifying the killing of young children and women in a Lahore park just a year ago? Or his arrogant voice claiming the attack on Malala Yousafzai in 2012?

Then suddenly last month he was presented as a ‘reformed’ man in a video issued by the ISPR, the military’s media wing. A private TV channel interview that was later banned by Pemra virtually portrayed him as a sensitive young poet who got involved with bad guys on the payroll of foreign intelligence agencies. It was apparent that the interview was conducted with the approval of the security agencies in whose custody he remains. A proclaimed terrorist was being treated almost like an honored guest.

Not surprisingly, his video confessional statement and scheduled TV interview provoked intense criticism especially from the parents of the victims of the Army Public School massacre in Peshawar. Surely his disclosure as to how Indian and Afghan intelligence agencies were funding terrorist outfits responsible for the carnage was of no solace to them. It cannot absolve him of complicity in the crime against the people and the country.

The intriguing part is how Ehsanullah turned himself into the security agencies. There does appear to be some deal that probably lured him to surrender. But what was in it? Has he been promised an amnesty? Nothing is clear with the intelligence agencies keeping it all under wraps.

That smug look on his face in the video certainly betrays his confidence that he will not be sent to the gallows or even stand trial in a court of law. What kind of message are we sending to the families of the victims and those killed in the line of duty? Is the disclosure of foreign sponsorship for terror activities in the country enough for him to be forgiven?

Ehsanullah is certainly not an ordinary militant or a misguided teenage foot soldier brainwashed into fighting for a holy cause. He was one of the founding members of the TTP and a part of the decision-making inner circle of the group. For almost one decade, he was the face of Pakistani jihadi groups. Following the splintering of the TTP, he joined its most feared faction known as Jamaatul Ahrar (JuA), responsible for most recent terrorist attacks.

After being driven out from the Pakistani tribal regions, the outfit has been operating from its sanctuary in Afghanistan. The JuA has also reportedly been working closely with the militant Islamic State group whose specter has cast a shadow over Pakistan and across the border in Afghanistan. That affiliation makes the network much more dangerous.

There are some contradictory reports about Ehsanullah’s alleged surrender that makes the entire episode extremely murky. According to one report, his surrender was negotiated by Asmatullah Muawiya, (another former leader of what was known as the Punjabi Taliban) who in 2014, announced he was giving up his armed struggle against the Pakistani state and limiting his group’s activities to Afghanistan. Has Ehsanullah been offered the same deal?

Meanwhile, a spokesman of the JuA claimed he was arrested from eastern Afghanistan and taken to Pakistan. Whatever the truth may be, at least one thing is apparent — the disclosures he made were not voluntary nor did they reflect the sudden awakening of his conscience. He didn’t even accept responsibility for the terrorist actions he so proudly claimed in the past.

Some would argue that such treatment for Ehsanullah could help lure other militant leaders into surrendering, although it seems highly improbable that seeing him thus will prompt other hardened terrorists to surrender their arms and reintegrate into society as law-abiding citizens. Some have also justified his being interviewed in custody and the questions asked of him. Is it not the glorification of a terrorist who has the blood of thousands of innocent people on his hands? Nowhere in the world is a terrorist eulogized in this way.

A major question is who decided to give access to the media to a militant leader under custody. The interior minister has publicly criticized the move. Any legal expert will tell us that such under-custody interviews spoil the prosecution’s case. That perhaps gives credence to the suspicion that he will not be convicted as part of a deal.

Indeed, there are precedents where the state has given amnesty to insurgents giving up violence, but that option is mostly for fellow travelers or those who have not been directly involved in acts of terrorism. The same rule cannot be applied to ‘jet-black’ terrorists like Ehsanullah. Besides, there is no state policy of across-the-board amnesty.

Ehsanullah is a test case for the state and security agencies. Any amnesty for him will reinforce doubts about the state’s resolve to fight violent extremism. The country must be told if there was any deal behind Ehsanullah’s alleged surrender. He must be put on trial and be convicted for his crimes against the people and the state.

Published with the permission of the content owner.  The article originally published in Dawn on May 10, 2017. 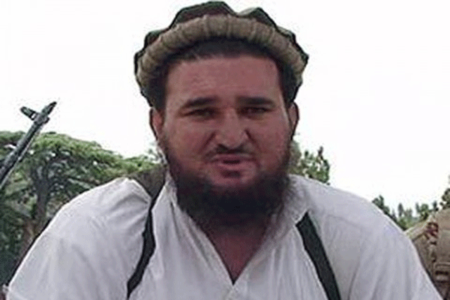 Ehsanullah Ehsan, who was reportedly involved in some of the worst campus attacks in Pakistan’s history including the massacre of the 144 students of the Army Public School [APS] and killing 22 students of the Bacha Khan University.