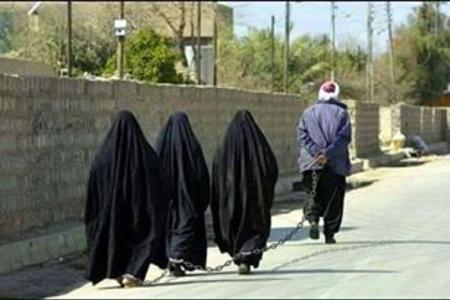 ​​​​HOW  WOMEN ARE SUFFERING FOR NOT SPEAKING UP IN PAKISTAN…..

​​Cracking the hard shell of censorship may cost you a lot in Pakistan– may be your life, life in jail or exit as an asylum seeker if the trumpeters of Freedom grant you a visa. My personal experience in Pakistan is both bamboozling and sexy. Elites care less about what you speak; Jihadi groups and Madrassahs attendees are the exceptions. Pakistani elites predominantly comprise of political leaders and bureaucrats whose wives run NGOs and less obedient. They find it kind of sexy to bundle up with the western women. Booz, Women, and Drugs are symbolizing status for elites and expletive for largely poor masses.

Tragically, the darkening shadows of censorship leaving Pakistan behind from rest of the world. Pakistan is not the coincidence of the rich Middle Eastern countries because they have wealth and resources to survive – by keeping armies of labors working in inhumane and pathetic conditions. Pakistan’s survival depends on the West, the United States, foreign NGOs, and secular overseas Pakistanis. During 2015 – 16 overseas Pakistanis remitted whopping $19.9 billion to their relatives whereas GDP growth was 4.7 percent. Every mall in the country has money changers; US Dollar, British Pound, and Saudi Riyals directly accepted at the cash counters in many outlets.

The prevailing situation has turned many liberal Pakistanis acrimonious from their country and even friends and relative. They visit Pakistan only in compelling circumstances. Closing the conversation on many touchy and abusive issues has only toughened the hold of the radicals and the law enforcement organizations. Rapists are the beneficiaries of the ban on free speech not only in Pakistan but all over the sub-continent. Not speaking up against rape encourage the predators to continue preying upon the next targets; and in many cases, where they know that it would be hard for the victim and family to speak up against them, they brazenly continue even after the weeding of their prey. Hundreds of the women end up committing suicide. Domestic violence also deepens its roots in silence and transmitted into the generations.

Critical voices to the religion, the governments, regimes, and rights are noticed and appreciated by the moderators; they widely condemn their punishments, organized protests took to the social media, but the Women are the unseen victims of silence. Shamefully, their silence is orchestrated by the bringing they grow up with, their parents and the fear of future and society.

On the International Day for the Elimination of Violence Against Women in 2015, We studied the cases of 2700 women from India, Pakistan, and Bangladesh, who agreed to break their silence and reported that they have gone through physical and emotional violence. The account and evidence of 92% suggested that the violence they endure is/ was the outcome of husband’s depression, mental health or personality problems. The most shocking segment of this study is that 98 percent of women continue to live with violent men because of kids, fear mongering, and the government’s inability to house and relocate victimized women. 94 percent of the victimized women’s families have knowledge of this abuse. 48 percent of women studied were economically independent, educated and professionals.

2700 hundred is not yet close to the one percent of the women living in these three countries. But the biggest challenge is to reach the victims. Even if approached, they opt to stay tight-lipped under the cloak of fear, religion, and culture.
Also read: November 25 - International Day for the Elimination of Violence Against Women

The scenario is bleak, but there are positive developments in the suffocated society of Pakistan. Organizations like the Digital Rights Foundation and Tabassum Adnan’s khwendo Jirga not only giving the voices to the women but also empowering them. Daring Tabassum Adnan works in The Khyber Pakhtunkhwa province and exposed to the violent Jihadis like Taliban and shaking the status quo guarded by the people who have reportedly killed 28 women in the name of honor during the first quarter of this year alone.  The unofficial sources put the figure between 35 and 38 in Khyber Pakhtunkhwa.

The writer is the daughter of a former diplomat to Pakistan and one of the brains behind FreedomTalk.net​