Between 1987 and 2017, an estimated 74 men and women killed and 1,480 people have been accused under the blasphemy laws. Most of the murders committed on doubts of blasphemy by the mobs, burnt live in the kilns or tortured to death for misinterpretations of Free Speech or settling in personal disputes. This law does not reprieve even mentally or physically challenged people.

Pakistan is one of the most dangerous countries for Freedom of Speech. The country’s blasphemy laws are disastrously harming the Freedom of Speech. Such laws are taken as the “Licence to kill” by the sympathizers of the Jihadi groups, radicalized individuals, and the vigilantes.

The year 2017 started catastrophically for Freedom of Speech in Pakistan with the disappearances of five bloggers/ social media activists. In March this year, the dangers to Free Speech reached the boiling point when Justice Shaukat Aziz Siddiqui of the Islamabad High Court (IHC), while shedding tears, swearing in the name of God and overwhelmed by the religious emotions, decreed against Freedom of Speech with threatening a complete shutdown of social media and stiffer punishments for the accused of blasphemy. On March 7, 2017, Justice Shaukat also said, “Those uploading blasphemous material on social media are terrorists.”

The Justice received a prompt endorsement from the Interior Minister Chaudhry Nisar who warned: “We can go to the extent of permanently blocking all such social media websites which would refuse to cooperate with us in blocking the blasphemous content.” The Minister also, wanted people to stop criticizing judiciary and the government. Information Minister Marriyum Aurangzeb extended the jurisdictions of the cybercrime laws and threatened to persecute those criticizing Prime Minister Nawaz Sharif on social media. The Prime Minister and his family have been mocked and questioned on social media on many corruption scandals including Panama Papers. In the middle of the storm, the Senate unanimously passed a resolution asking the government an exemplary punishment for the accused under section 295-C, who are blasphemous on social media according to the government’s interpretation.

In another ruling, The Islamabad High Court asked authorities to bring back the departed bloggers making it impossible for people to run for the safety. In October 2016, a Pakistani journalist Cyril Almeida was immediately put on notorious Exit Control List (ECL) after his investigative article on Civil-Military relationship.

This inflammatory, emotionally and consistent provocation has left Free Speech exposed to be lynched and jailed, restricted press and silencing the voices against corruption and human rights. In the speeches, public debates, Friday prayers and on the social media, killing a suspect of blasphemy was widely preaching to be the way to the heaven. Targets of blasphemy have to endure isolation, public shaming and looming deaths for the rest of their lives. Mere doubts are enough for the religiously charged people to kill the subject.

In April 2017, the government and politician’s insistence and provocation against blasphemy aggravated vigilantes and radical elements resulting in the brutal mob lynching of Mashal Khan, a journalism student at the Abdul Wali Khan University in Mardan for his liberal views and Freedom of Expression on social media in April. Charged mob hit Mahshal with stones, sticks, shot, threw his body from the second floor of the campus to death, and later tried to set his body ablaze. Police admitted after his brutal murder that Mashal’s social media accounts contained no blasphemous material and many fake accounts were detected using his name.

Murders for Free Speech in 2017

Rise of the Vigilantes against Freedom of Speech

The political and religious parties use Madrassah students (non-regulated religious schools) as the raw material for political gains in instigating violence. The young and mostly impoverished students are easily provoked using religious sentiments and commonly used in mass murdering the members of the different faiths.

Some other brutal murders linked to Blasphemy

​
Freedom of Speech under Attack on Campuses

Over the years, mob lynching and vigilantes have taken the law into their hands, primarily using blasphemy laws as a pretext to their crimes. Intolerance and Freedom account almost 98 percent of campus violence in Pakistan.

The strangulation of Free Speech on Campuses has strengthened the status quo of political inheritance and radicalization in Pakistan. Though the military regime banned the student’s union in 1984, the successive governments of the Pakistan Peoples Party (PPP) and Pakistan Muslim League (PML-N) could not reinstate campus freedom and flaring up of on-campus violence. Political parties manipulated the student’s unions for their benefits of street power, strikes, extortions, and intimidations. The formation of the unions is based on religious, linguistic and political affiliations rather than intellectual or nonviolent manifestations.

Zeenat Shahzadi, a Pakistani journalist for the Daily Nai Khabar and Metro News in Lahore, was kidnapped in August 2015 when armed gunmen grabbed her from a rickshaw and threw her in a waiting car. The brazen, daylight kidnapping of a 24-year-old female journalist on a busy street of the capital city was the first of its kind in Pakistan. Read about Zeeenat http://www.cjfe.org/the_kidnapping_of_zeenat_shahzadi .

Media and journalists have already self-censored and limit the Freedom of Speech. Political manipulations, killings, censorships, misogyny, fear, very high costs to stay in business, and religious affiliations have largely bifurcated media in Pakistan. Based on social media activities of the verified pages and individuals, thirty Press Clubs out of an estimated ninety in the country (as on December 2016), have openly asked for death penalties and harshest punishments for the people suspected of blasphemy. None of the press clubs have officially denounced blasphemy laws. Partisanship is a must for survival, ill-gotten political money and nepotism marred the media ethics.

Earlier this year, five bloggers reported missing and then fled the country. Later, blogger Ahmad Waqas Goraya, resurfaced in the Netherlands. Mr. Goraya said law enforcement agencies tortured him and behind his disappearance. In March, three more bloggers were charged with blasphemy in the anti-terrorism court, Islamabad. Not only in Pakistan, but the government is persuasive to go after the accused of blasphemy across the world. Facebook and Twitter have been asked to identify such activists to extradite them back to Pakistan.

Censorships and intolerance to political sarcasm and entertainment

“Screenwriters in Pakistani cinema have a gun to their heads”. Hamza Bangash - independent filmmaker and playwright.

Some media houses, journalists and social media activists doing enormous harm to Free Speech by indulging in faking news for the reasons of partisanship, publicity, propaganda or simply for keeping their job. Unfortunately, the culture of fake news is widely practiced in Pakistan – and by some of the very popular anchors. Media houses in Pakistan repeatedly insist for “Breaking News,” and jump to the conclusion even though the occurrence is still unfolding. Retractions, corrections, and apologies are rare. Non-regulated print media boom resembles the Madrassah boom of the nineties. Plagiarism and wrong information could easily be detected in the talk shows, morning shows, and in general relating to the issues of high sensitivity such as rape, rights, children, health, and science.

Attacks of political parties on Freedom of Speech

One of the many shocking realities in Pakistan that the armed wings of the main political parties have always been hostile to the Freedom of Expression and Free Press.

All the attackers from PTI and MQM got away with impunity.

After the gruesome mob lynching of Mashal Khan, Senators Farhatullah Babar and Retired Gen Abdul Qayyum urged the government to amend blasphemy laws. Earlier in March, the Senate had also called for the tougher punishment under blasphemy laws.

On International Women's Day this year, the dominant patriarch media had pathetically forgotten Zeenat. One of the leading organizations in Pakistan did not mention Zeenat in an article “promote the safety of female staff.”

Mob lynching of Mashal Khan is the worst example of the radicalization of students on campuses in Pakistan, but campus violence to silence Free Speech is not surprising in Pakistan.

Blasphemy laws added to the constitution in 1986, since then, an estimated 1,360 people have been charged under blasphemy laws. 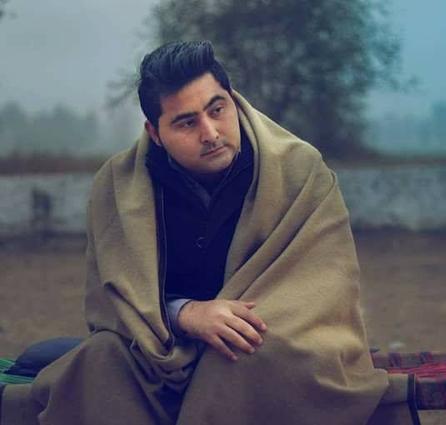 Inquiry Commission on Enforced Disappearances in Pakistan admits the missing of 1,219 people across the country; disputing the number, some unofficial sources put the number of the missing people three-times higher than the official count.

According to the Committee to Protect Journalists (CPJ), Pakistan stands sixth among 20 deadliest countries for journalists and in the Freedom of the Press 2017 report released by the Washington-based Freedom House; Press Freedom status of Pakistan is “NOT FREE.”

In April 2017, angry mob lynched Mashal Khan, a journalism student at the Abdul Wali Khan University in Mardan for his liberal views and Freedom of Expression on social media. Mob hit him with stones, sticks, shot, and threw his body from the second floor of the campus to death, and later tried to set his body ablaze. Police admitted after his brutal murder that Mashal’s social media accounts contained no blasphemous material and many fake accounts were detected using his name.

Irrespective of the accusations, suspicions or acquittal, the victims of blasphemy have to live with threats, possibly in hiding and isolation or leave the country.