IN a recent address, Chaudhry Nisar hit out at political opponents by classifying them as ‘secular’ and equating the term with ‘non-believing.’ Apparently, the interior minister needs tuition in history and political philosophy.

There is no simple thing, place or peoples called the ‘secular,’ the ‘religious’, the ‘West,’ ‘good’ or ‘evil.’ Each carries multiple, contradictory meanings and is subject to historical interpretation. Only political manipulators use these as fixed and oppositional categories to create divisions and distrust. Debates around secularism often follow religious wars or conflict and, like many countries, Pakistan also faces this dilemma.

Secularism is a philosophy rooted in the 16th century when European Protestants struggled against the rule of the exploitative Catholic Church. These dissenters were not without religion, or la-deen — they simply wanted social, political and economic freedoms from the tyranny of the Holy See. Secularization is the result of the social and political processes that followed, influenced by rising capitalism and scientific discoveries. The tumults of secularization spanned a century, up until the Treaty of Westphalia (1648). Still, this bottom-up history does not mean that all Western societies are unimpeachably or completely secular today. One visit by the Pope to any European country will confirm the secular paradox.

Secularism — the distancing of state from religion — does not mean La-deeniyat, the absence of religion or anti-religion. It means re­arranging state laws and policies so that they are neutral (ghair janibdaar) and treat citizens of all faiths without prejudice. Secularity — the principles of secularism — means that religion should have no influence on public institutions and services, and religious privilege must not influence government. It limits moral issues to the private, personal sphere. Secularization — the transfer of socio-political power away from religious governance — does not force people to become atheists or stop observers from going to church or mosque. It does prevent using places of worship for practicing politics.

The worst myth is that secularism is always ‘liberal’ and ‘Western.’ Several secular regimes have, far from being committed to liberalism, been fascistic, non-democratic and conservative. Any philosophy can be practiced militantly, including Buddhism. Non-Western secular states — such as Cuba and China — host people of faith who practice their religions.

The encounter with secularism for Muslim societies in the 20th century has not been a happy meeting for many reasons, but not necessarily due to perceived philosophical incompatibility. Some Arab secular regimes created state Islamic orthodoxies as part of their brand of ‘Arab secularism’ to persecute resisting Islamic dissenters and groups — pitting religion against religion under the guise of secular governance.

Regardless of its origins, secularism (like modernity and technology) has many different models. In France, secularity aims to protect the republic and public space from religion. In the US, secularity means protecting religion from being exploited in public institutions. Secularity in India means pluralism, where multiple faiths are officially recognized and may practice in public. In all three countries, secularism continues to be a subject of political debate.

All these different aspects of secularity mean that to be ‘secular’ is not a one-dimensional experience. Many Muslims may be philosophically and socially non-secular because they are committed to religious activity and institutions, but may also be politically secular by not voting for religious parties or policies. So even Nisar’s voters may be (politically) secu­­­lar, but it doesn’t follow that they are la-deen.

Take the example of Abdul Sat­tar Edhi. Despite be­­ing a practicing Mus­lim, some Islamists accused his social services of being neutral, non-discriminating or … secular. Edhi did not exploit religion for power, profit or politics, but he represented a secular contrast to those who did. Many local NGOs, meanwhile, would not claim to be secular. However, many of Pakistan’s economic partners and donor organizations, including CPEC sponsors, represent secular or atheistic traditions. Would Nisar jettison efficacy by their secular credentials?

But he is not alone. Some ‘grass-root’ leaders reject secular ideals as futile fantasies of the ‘elite’ but, ironically, think that socialism and Marxism are pragmatic, electable options for the masses. Condemning secularism as elitist falsely validates religious politics as inherently proletarian.

It is not a utopian fantasy to want governance that is free of state orthodoxy and gender, class and racial bias. The imperfect or unfinished project of secularism does not mean that it has failed or is anti-religious. Religious politics, like capitalism, is an unregulated, unaccountable industry that often exploits with impunity. Secular resistance is a necessary component of political discourse to counter the tyranny of the majority.

The writer, Afiya S. Zia is a PhD student at the Women & Gender Studies Institute, University of Toronto. She is a feminist researcher-scholar and activist with a Master’s degree in Women’s Studies from the University of York, UK. She is author of ‘Sex Crime in the Islamic Context’, 1994 (ASR, Lahore).

Published with the permission of the content owner.  The article originally published in Dawn on May 24, 2017. 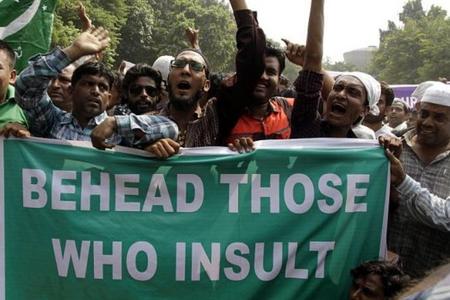